Listen: Phoenix City - Under the Dome 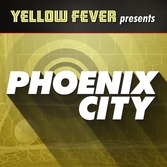 Phoenix GM David Dome joins the pod, and this week we dissect everything that led to Sydney scoring that late winner against the Nix. The Stirling Sports Prem had it's first full round, which wasn't such good news for the TeeDubs, and we are taking on predecessor 'In The Zone' at the Football Media Awards.