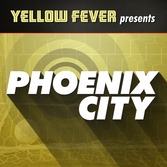 The Phoenix managed to put in an excellent display against the Roar with a bunch of first-teamers missing. José Figueira joins the pod yet again to talk about Team Wellington's 1-0 semifinal win over Canterbury and the prospect of yet another grand final against Auckland City, as well as his other job as All Whites assistant coach.