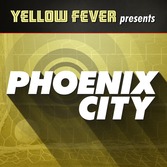 The Phoenix finally chalked up another A-League victory, thanks to a shitty penalty and a late winner. Dave's been over in Sydney talking to FIFA about FFA, we get the goss on what was said and what the outcome might be. Back home, Fritz Schmid is about to be announced as the new All Whites coach, and Canterbury have confirmed a place in the Handy Prem semis.