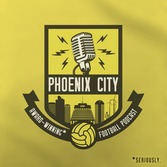 David Dome joins the pod to discuss whats going on with the Phoenix and the A-League in general during the COVID-19 hiatus - what will the league look like when it resumes and what does this mean for the future of the club? Elsewhere, Danny Hay has removed Des Buckingham as NZ mens U23 coach and replaced him with Danny Hay.