Listen: In The Zone Episode 9 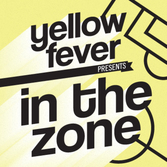 In the most controversial podcast yet, the team dissects the All Whites' games against Honduras and El Salvador and previews the Nations Cup in the Solomon Islands. The first ever international segments looks at the four groups for Euro 2012, while closer to home Noah Hickey joins the team to talks about his role as a Phoenix board member. Locally, there is another round of Central and Premier league football to review, as well as a preview of the second round of the Chatham Cup