Ole Madrids was disappointing also,  In my opinion the stuff out of Centre park was worse as it was personal and implied race-related bais.

The rhetorical move whereby people are accused of racism for complaining about racism is in itself racist.

Disclosure here, I'm friends with Hone Fowler's father, but Manukau United (and Auckland United and Manukau City, its predecessors) are on the receiving end of racist bias from the Auckland football fraternity, and you only need to look into the wretched hive of scum and villainy that is the Northern League Forums to confirm that. A brawl brakes out at a MU game, the MU players are ALWAYS blamed for it, and their (North Shore or central Auckland) opponents are portrayed as innocent victims of "dark thuggery".

I'm not sure if you saw some of the now-deleted posts from Auckla United Doloras?

Also I don't really have the brainpower to understand your comment but believe you are calling my comments racist.  Sad :(

If MU moves away from the charity case proposal to a merit biased proposal.  Good for them I guess.

Yes I will be very surprised if there is a National League under the current format after this season.

When do we see a draw?

I let my guitar speak for me

When do we see a draw?

Draw usually comes out close to November (or at least it does for ACFC). I'd imagine it'll be sometime next month

Final is a week before FIFA window March 2021?  That window AWs (likely to an almost total Handy Prem/A League selection) are scheduled to start OFC qualifying.

Stoked to have at least one Auckland home game every week, and only round 7 and round 13 has Auckland conflicts.

Looking forward to it.

Going to be very interesting to see how quickly the various teams come out of the blocks given the shortness of the season. A 14 game season doesn't leave much time to catch up on a poor start. The central and southern teams only have a month of pre season which might be a help or a hindrance ? The northern sides have had a longer pre season.

Season kicks off with the WelClasico... Not bad! 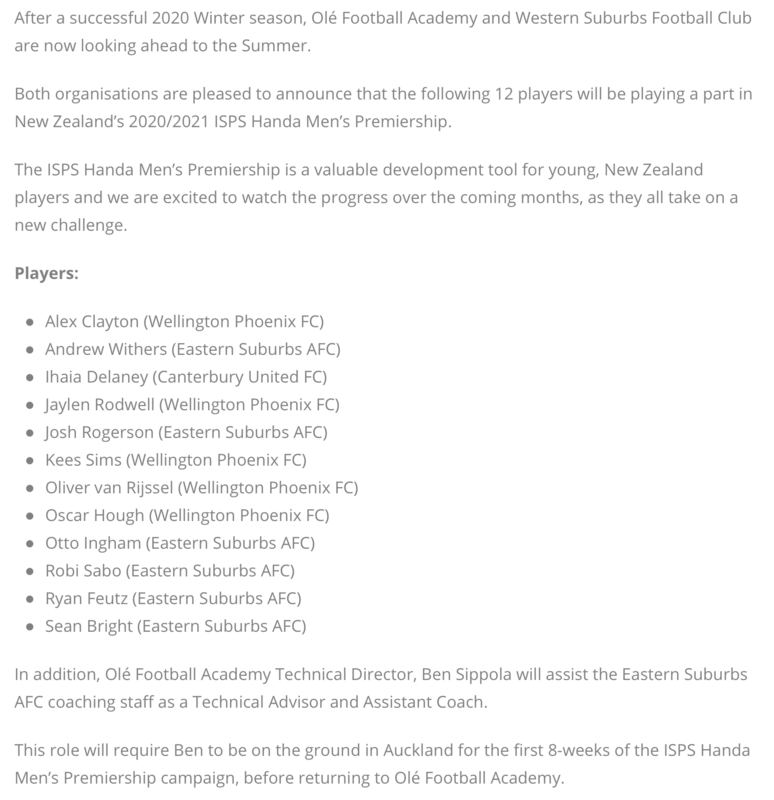 Phoenix and Ole working together! That's good news overall for NZ football. Any coincidence Declan is out of the country (tongue partially in cheek)?

Though do think it's now time for Wests/Ole to have their own Handy Prem side.

Phoenix and Ole working together! That's good news overall for NZ football. Any coincidence Declan is out of the country (tongue partially in cheek)?

Though do think it's now time for Wests/Ole to have their own Handy Prem side.

they do its called Eastern Suburbs :-)

More proof the Eastern Suburbs is not a local team.

More jobs for the boys.